“We've all done terrible things on behalf of the Rebellion. Spies, saboteurs, assassins. Everything I did, I did for the Rebellion.”
–Cassian Andor, Rogue One: A Star Wars Story

The Rebel Alliance can recruit new members from across the galaxy, finding pilots, soldiers, and medics among those who hate the Empire. Plenty of beings can take up a blaster rifle to fight Stormtroopers, but there are a few who are willing to push the boundaries and do whatever it takes to keep the Rebellion alive. Saboteurs. Snipers. The Rebel Alliance’s most dangerous operatives—now entering the infantry battles played out in your games of Star Wars: Legion.

Within the Rebel Commandos Unit Expansion, you’ll find a squad of seven unpainted, easily assembled Rebel Commando miniatures. You may field this unit as a full, standard unit on your battlefield or a small team operating on the edges of the map or behind enemy lines, but no matter how you position the Rebel Commandos, their unorthodox tactics and powerful weapons can sway the battle in the Rebellion’s favor. With five distinct upgrade cards that can be added to the Rebel Commandos or another unit, you’ll find everything you need to put fear in Imperial hearts with this expansion for Star Wars: Legion.

The Rebel Commandos Unit Expansion is releasing alongside the Han Solo Commander Expansion and you can pre-order your copies of these expansion at your local retailer or online through our website today. Then, read on for more about how you can destroy the Galactic Empire!

Rebel Troopers are perfect for taking the fight to the Empire in pitched battle—but the conflicts of Star Wars: Legion are many and varied. Sometimes, you don’t want a cheap, expendable infantry unit that’s planning to go toe-to-toe with Imperial Stormtroopers. If you’re planning on running infiltration, sabotaging enemy operations, or taking a sharpshooter’s role, the Rebel Commandos are the perfect ones for the job. 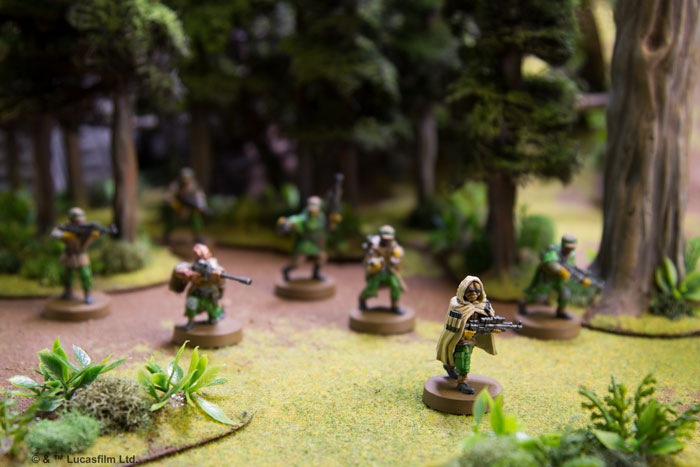 Rebel Commandos enter Star Wars: Legion as the game’s first special forces unit, and as you might expect, they bring some completely new tactics to your tables. First, there are two distinct unit cards for the Rebel Commandos, inviting you to field this unit in two distinct configurations. For sixty points, you may have a standard unit of Rebel Commandos, with four normal Rebel Commando miniatures and the option to add a heavy weapon miniature to their unit.

You may field a five-miniature unit of Rebel Commandos, or a smaller strike team with only two miniatures.

On their own, Rebel Commandos are armed with the standard A-280 Blaster Rifles wielded by Rebel Troopers across the galaxy. Their specialized training, unique abilities, and range of upgrades easily give the Rebel Commandos an edge, but perhaps the most dangerous Rebel Commandos are the ones armed with heavy weapons. Within the Rebel Commandos Unit Expansion, you’ll find two heavy weapons upgrades. You may be joined by a DH-447 Sniper, capable of picking off enemy targets from any distance—potentially across the entire map. Alternatively, you may upgrade your unit with a Proton Charge Saboteur, whose deadly charges can be armed in advance and detonated at the perfect time, injuring any unit that’s foolish enough to approach. 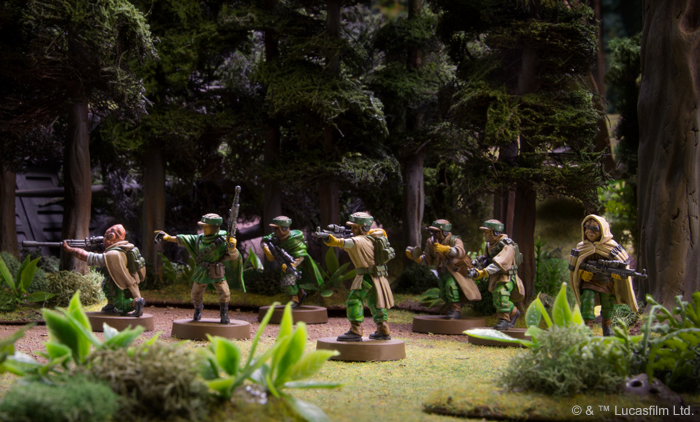 Whether you choose to field the Rebel Commandos at full strength, or you’re simply bringing snipers or saboteurs as part of a few small strike teams, you’ll have the tools that you need to sway the battle in your favor. The seven miniatures included in this unit expansion allow you to field both a standard unit and a strike team of Rebel Commandos, helping you to tailor your Rebel army to play however you choose.

We’ll have much more information about the Rebel Commandos and the upgrade cards included in their unit expansion in a future preview! 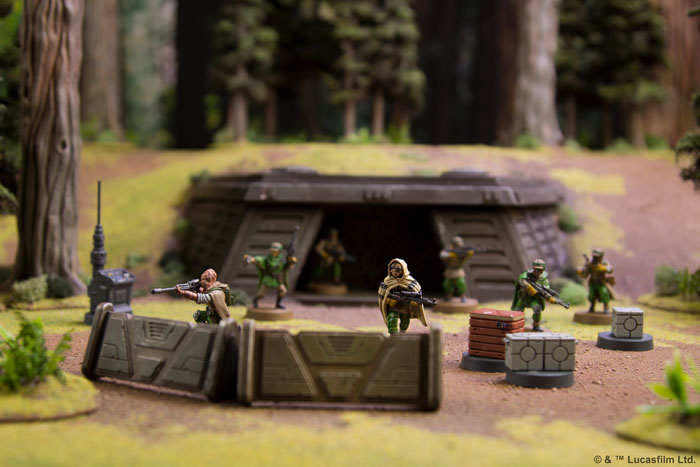 The Rebel Commandos are the best of the best, and with them fighting under the command of Han Solo, your opponents won’t know what hit them until it’s too late.